Some Of The Most Beautiful, Liveable, and Friendly Places To Live 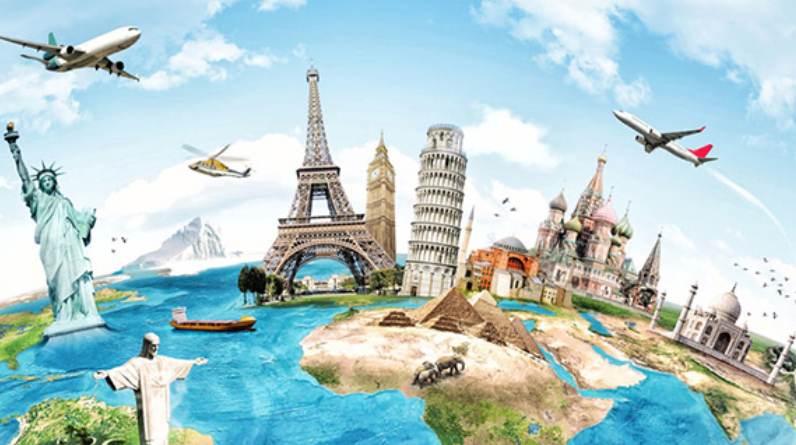 People are considering working abroad in greater numbers. However, where might you go? Where are the world’s most livable cities, and which of those are located in the most picturesque nations to visit? The solution may just lie in recent studies.

There are many indicators of what constitutes a good city. The Global Liveability Index from the Economist Intelligence Unit (EIU) is one of the most complete because it was initially created as a tool for businesses to determine relocation packages for expats.

Based on more than 30 variables broken down into five categories—stability, health care, culture and environment, education, and infrastructure—the 2022 version evaluated living circumstances in 172 communities. Congestion, violence, and how city healthcare practitioners have handled Covid-19 are a few examples.

But additional resources can also be useful.

The Telegraph has produced a list of the world’s most beautiful nations using a technique that evaluated 36 factors broken down into subcategories such as biodiversity, weather, environmental friendliness, and natural wonders. Additionally, Bloomberg recently published a list of the top six international cities.

According to recent study, more Americans are able to work abroad or aspire to do so:

Where should I go then? You should ideally reside in a country that is comfortable (safe, hygienic, and with access to healthcare and perhaps schools). However, perhaps you’d prefer a stunning location with amazing things to do, see, learn, and eat.

What locations keep coming up then? Which countries have lovely areas where it’s simple to live?

See Also : We may soon understand how the pyramids were constructed!

The most livable cities in the world

Western European and North American cities did well on the Economist Intelligence Unit’s (EIU) Global Liveability Index for 2022, but unsurprisingly Chinese cities have declined on the scale due to the pandemic—the war in Ukraine seriously impacted liveability issues in Russia, Ukraine, and bordering countries.

Incidentally, Damascus, Lagos, Tripoli, Algiers and Karachi were the cities which had the lowest ratings on this liveability index.

The world’s most stunning nations

Which of these “most liveable” cities is located in the most picturesque nation?

The top four most livable cities, Melbourne, Toronto, Vancouver, and Calgary, are located in two of the world’s most picturesque nations, Canada and Australia, according to The Telegraph.

A total of 2000 points could be earned for each nation using The Telegraph’s guidance, but it “measured the answer per square kilometre, to ensure [it] didn’t reward size over substance,” according to the publication. Below are the top ten:

However, there are other things which make places good to live—the warmth of the people and their energy, as well as investment, job opportunities and of course, proximity to friends and family.

Two of the six booming destinations for expats mentioned in a recent Bloomberg article—Kuala Lumpur and Rio—are located in The Telegraph’s Top Ten list of the world’s most beautiful nations, along with Dubai, Mexico, Rio de Janeiro, Lisbon, and Bengaluru (Bangalore).

Bengaluru is undergoing significant development and receiving significant investment; despite the fact that its infrastructure is still being built, it may seem “difficult” to visitors.

The 22 million people in Mexico City may not seem like an obvious choice for expats, but the city is incredibly progressive (the first in Latin America to allow gay marriage), on the receiving end of a lot of investment, full of talent and ambition, and home to some fantastic culinary options.

When moving to a new location and beginning a new life, it might be beneficial to be surrounded by amiable people, yet liveability difficulties may be the most crucial.

The friendliest cities in the world were recently discussed by CNTraveler (as voted for by its readers). It’s interesting to note that two of the top ten cities, Lisbon and Copenhagen, have repeatedly appeared on lists of the world’s most beautiful and liveable cities. San Miguel de Allende has a reputation for being a very welcoming city, and it just so happens that Mexico, which made The Telegraph’s list of the Top Ten Most Beautiful Nations, includes Mexico.

In spite of the fact that Mexico and Portugal do not offer visas for digital nomads, International Citizens, a company that assists travellers with international relocation, reports that the majority of applicants use the temporary resident or non-lucrative visa for Mexico and the D7 visa for Portugal. While the latter permits people to live and work remotely in Mexico for up to four years, the former allows people to stay in Portugal for one year with the option of renewing for another two.

Accessories Which Every Woman Needs to Have

What Are Trust Attorney’s Roles and How Are They Valued in an Estate Plan?