What is 6G and when can we expect it? 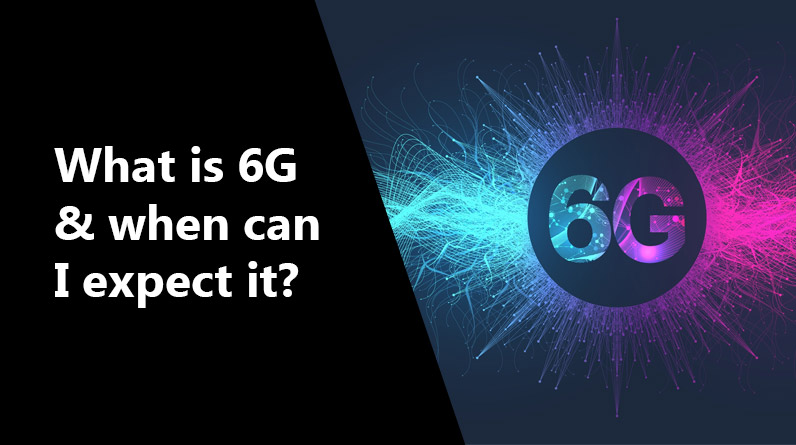 It appears premature to use the term “6G” because 5G networks are still being installed all over the world and many regions are still utilizing 4G and even 3G networks. What purpose can 6G networks serve, after all, when so few people can even access a 5G network?

Nevertheless, technology has always advanced and standards take a long time to develop, so a 6G world has always been on the horizon. The concept of 6G at this early stage in the development of 5G only serves to highlight how swiftly this technology advances. Given how quickly we advanced from 1G to 5G, 6G is merely the next logical step in the evolution of faster and more reliable wireless communication.

Although it would make sense for 6G to replace 5G, such name may never really be used. We might eventually quit mentioning all the names and numbers and just declare that we’re connected if something like 5G Enhanced or 5G Advanced doesn’t exist.

At some point, whether it’s with 6G, 7G, or another “G,” we’ll have speeds that are so extraordinarily fast that, at least by today’s standards, no progress bars or wait times will be necessary for any typical quantity of data. We won’t need to constantly coin new words to describe it because everything will just be available…instantly.

When Will 6G Be Released? 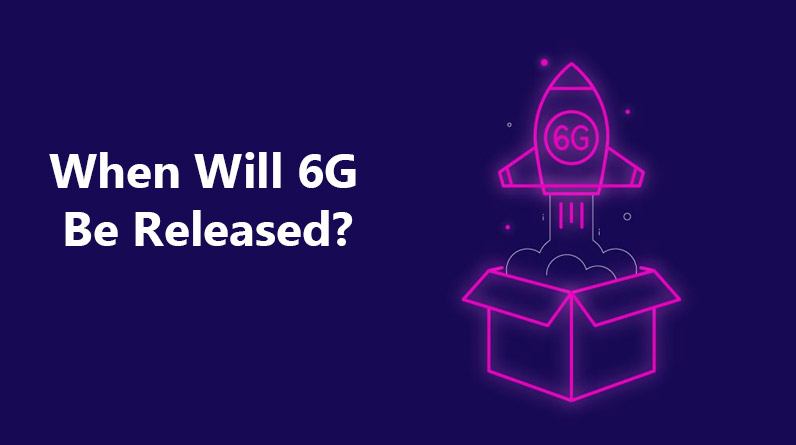 Every ten years or so, a new mobile network standard typically steals the show. Accordingly, 6G networks could launch around 2030 (or possibly a little earlier in Asia and other regions that launched 5G first), at least that’s when the majority of telecom firms will be conducting trials and when phone manufacturers will be teasing 6G-capable devices.

The fact that development sometimes begins up to a decade in advance of any actual adoption of a new network technology may be the reason you hear about 6G before you can even get your hands on a 5G phone.

However, progress won’t begin and end right away. 6G networks won’t be available as rapidly as we’d want for the same reasons that 5G rollouts are delayed. Frequency bands, spectrum licensing, physical tower construction and coordination, and rules all need to be addressed.

Few businesses are currently actively considering 6G, despite the fact that it won’t be available for another ten years. However, when we figure out where 5G falls short, 6G testing is anticipated to really pick up. It won’t take long for the decision-makers to begin considering what to do next because the following network type will enhance the inescapable flaws and restrictions of 5G.

On a 6G network, everything that you do now that requires a network connection will be significantly better. Literally every single advancement that 5G makes will be upgraded and made much better on a 6G network.

With 5G, we’re already going to have more potent VR and AR systems, as well as connected smart farms and cities, AI that’s at our fingertips, intelligent robots working in factories, vehicle-to-vehicle (V2V) communication, and more. All of those areas will continue to receive stronger support from 6G, which will also offer more bandwidth, which will ultimately spur innovation in areas we may not have even considered or fully explored. Consider holographic video calls and more immersive virtual reality software.

For instance, according to Marcus Weldon of Nokia Bell Labs, 6G will bring biology and AI together to create a “sixth sense experience for humans and robots.”

The “sophistication of cyber-physical fusion,” which the document argues will be necessary in the 2030s, will be made possible, according to Japanese mobile operator NTT Docomo, with the help of 6G. According to them, this will allow “wearable electronics and micro-devices mounted on the human body to assist human thought and activity in real time through cyberspace.”

Low latency of about 4 ms is a big part of what makes 5G so fantastic, but 6G networks may reduce this even further, possibly to the point where we can confidently state that there is essentially no lag. Video chats can be as clear as facing the other person, and the start time for movies, TV shows, and games will only be constrained by how long it takes for the screen to turn on.

A network’s applications grow in number as its capacity does, as we’ve seen with 3G, 4G, and 5G in the past. This will have the amazing consequence that new goods and services can be developed to fully take advantage of the bandwidth and other upgraded characteristics of 6G.

What Are the Differences Between 6G and 5G? 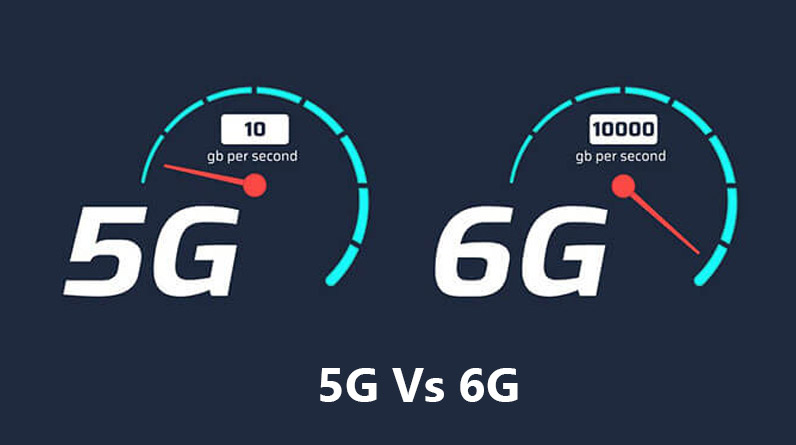 The biggest difference between 6G and 5G will be in speed and latency. Performance-wise, this is what sets 5G apart from 4G, therefore we can anticipate that 6G will be orders of magnitude faster than 5G.

6G networks will allegedly have 50–100 times the capacity of 5G networks if initial targets are eventually realized. Additionally, 6G is expected to accommodate 10 million devices, compared to 5G’s need of 1 million devices per square kilometer.

What speed will 6G have? Right now, it’s impossible to say, but even with 5G, perfect conditions can result in speeds of up to 1 Gbps. Undoubtedly, 6G will surpass that, though it’s unclear by how much. We might observe speeds of many hundred gigabits per second or perhaps terabyte-scale ranges. Samsung Electronics tested 6G technology at a 50-fold increase over 5G speeds.

Although it’s unclear how 6G will outperform 5G in terms of speed, we may infer it will include the use of extremely high frequencies (millimeter waves) in the radio spectrum. The ability of 5G to transmit large amounts of data is due to the utilization of high radio frequencies; the more radio frequencies you use, the more data you can transmit. In the future, 6G might approach the radio spectrum’s upper bounds and reach extremely high frequency ranges of 300 GHz or perhaps terahertz ranges.

However, due to the intrinsic limitations of millimeter waves, 6G networks will experience the same issue as the current, extremely localized ultra-fast 5G network variations. Terahertz radiation, for instance, has a range of about 10 meters, which is far too little for meaningful 6G coverage.

Maybe by 2030, we’ll have discovered new techniques for signal amplification that will allow us to avoid erecting thousands of more 6G cell towers. Or perhaps we’ll have discovered more efficient ways to send enormous amounts of data, like these researchers who in 2022 transported 1 TB of data in a single second using a new type of transmitter that produced concentrated beams (vortex millimeter waves).

With 5G, everything from entertainment to healthcare will be improved and more people will have easier access to the internet. It is without a doubt true that those locations will need to adopt something better, like 6G, in order to advance past 5G.

Even if it could be amusing to picture a period when 5G is viewed as slow and 6G dominates the globe, if 5G works out as planned or gradually develops under that same moniker, we may never need to develop a new next-gen network.

As long as manufacturers, authorities, and telecom firms continue to enhance 5G, the 6G notion might be avoided. If all of 5G’s drawbacks could be fixed on a regular basis, new goods could keep entering the market to benefit from the always changing and developing new technology.