We may soon understand how the pyramids were constructed! 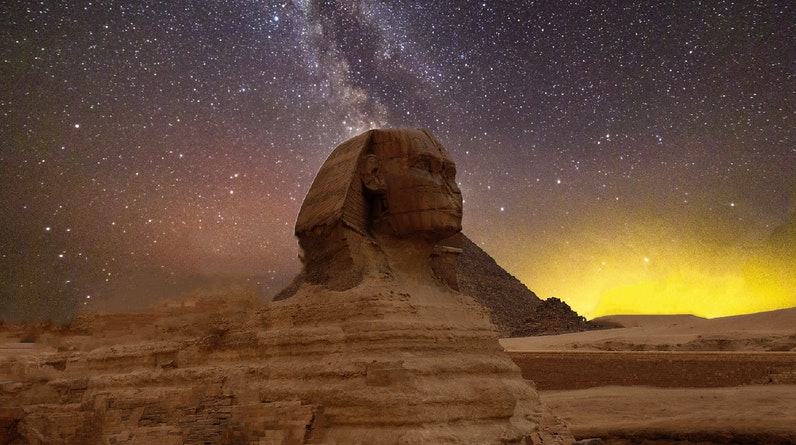 Why people are so intrigued by the Egyptian pyramids is understandable. Their creation is shrouded in many mysteries. You definitely don’t buy into the conspiracies that claim they were constructed by extraterrestrials, but they also weren’t created using slave labor. So how did mankind build some of the biggest, most recognizable structures on Earth 4,000 years ago? Even if we’re still not quite certain, a recent finding might help us understand it much better.

The biggest mystery in history

The oldest and biggest pyramid in the entire globe is the Great Pyramid. The Great Pyramid of Giza is not called that for nothing; it stands at a height of 481 feet (146.5 meters). It was built on Pharoah Khufu’s command sometime in the early Bronze Age, although the details of how it was built are obscured by history. However, little by little, archaeologists have been able to explain several methods that went into erecting the structure. Researchers believe that soaking the sand first helped the stones cross the desert more easily. The stones were extracted from a quarry near the pyramid. However, that simply explains how the stones moved from one place to another; it does not explain how they were subsequently propelled into the air and dropped into a huge triangle.

It’s a reasonable assumption made by researchers that the activity would have entailed a ramp of some kind. They didn’t have a five-story crane, after all. What about the real proof of such a ramp, though? Researchers were having no luck. It presents a unique difficulty because the ramp would have had to be quite steep, with a 20-degree or more gradient, which would have been difficult for a 2.5-tonne stone to climb. A recent find in a separate quarry may now provide insight into how ancient people accomplished this accomplishment. 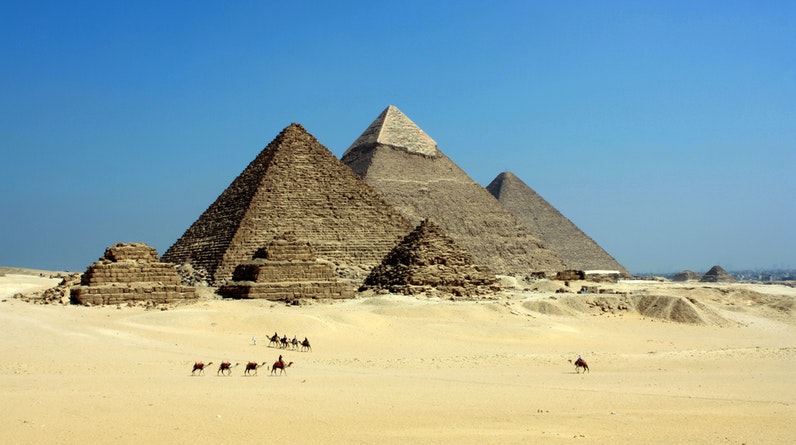 An Anglo-French team discovered a very peculiar ramp carved into the ground in Hatnub, another rock quarry uncovered in Egypt’s eastern desert, which suggested some unexpectedly advanced technological advancements. It was rather steep, to start with, but more importantly, there were staircases on either side of it. There were repeating holes on these staircases that may have once held wooden posts (which would have rotted away long ago). Yannis Gourdon, the co-director of the mission, stated that “This kind of system has never been discovered anywhere else.” Furthermore, it predates the creation of Khufu’s significant legacy by around 4,500 years.

Another researcher who took part in the expedition, Roland March, observed that a certain style of the rope-and-pulley system might have been used, based on the patterns of the post holes in the stairs. Similar pulley systems are well known in Greek engineering, but this find dates back by almost 2,000 years. This particular ramp couldn’t have been utilized to construct the genuine Great Pyramid because it is carved directly into the rock. However, it does imply that the ancient Egyptians had a solid understanding of the kinds of simple machinery that can be employed to reduce an impossible amount of hard work to just a lot of hard effort.

The Pyramids Were Built-in Three Stages

The construction team relied on a certain procedure that included three crucial steps: selecting the ideal building site, prepping the site, and elevating the blocks. 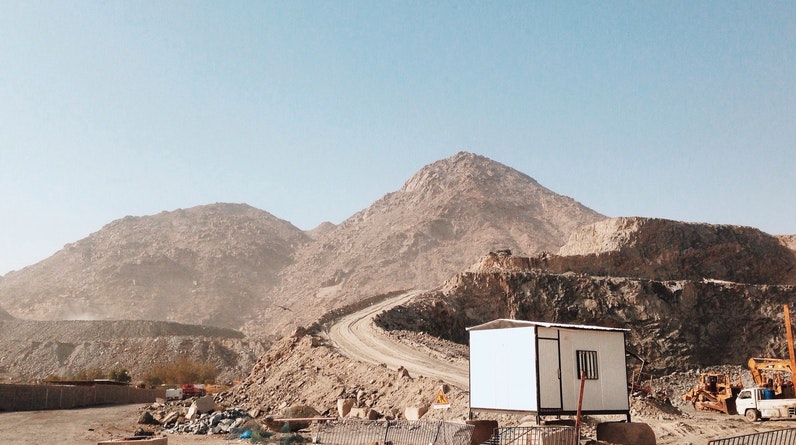 The selection of an appropriate location was the first stage in building a pyramid. Given that the Ancient Egyptians thought that the place where the sun sets is the portal to the hereafter, this had to be on the west bank of the Nile where the sun would set.

Additionally, the pyramids had to be placed high above, away from any potential flooding during a Nile flood. It couldn’t be too far from the bank of the Nile, though, as blocks of fine-quality limestone for the exterior casing would need to be transported from Tura on the other bank via the river.

Given that some of the largest pyramids weigh around 2.5 tonnes, the site would be at a point on the desert plateau where a solid rock base could be demonstrated to be capable of bearing the tremendous weight of the pyramid without any chance of cracking.

The location of each pyramid was chosen after taking into account its proximity to the palace of the appropriate monarch, who would need to periodically check on the progress of his burial chamber.

The construction of the pyramids was not haphazard and the dimensions were quite accurate, despite the fact that no plans for their construction have ever been discovered.

Prior to laying a solid foundation, the workmen had to clear the loose sand from the rock. The rock base then needed to be completely flat. Building low mud walls all around the foundation and creating grid-like channels across the surface may have been the methods used by the laborers to accomplish this. The water levels in the canals would be marked when they had been filled with water. Prominent rock would have been cut back to the level specified after the water had been removed, and any depressions would have been filled with stones to create a perfectly level surface. 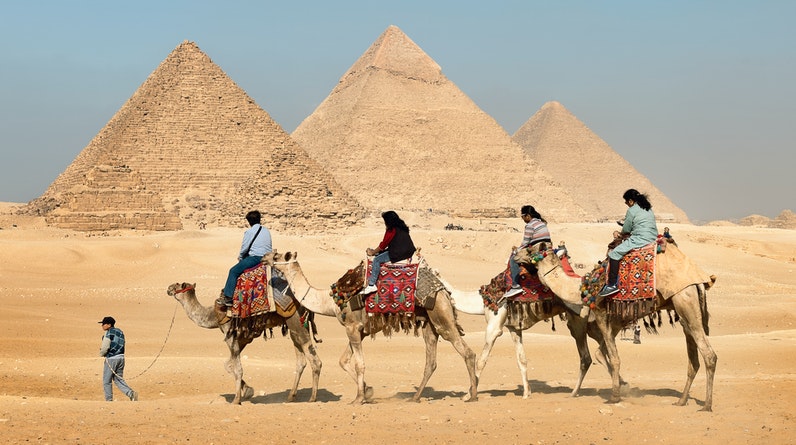 One of the cardinal points had to be on each side of the pyramid. The architects most likely determined true north first and then calculated the other directions from there. They might have discovered true north by keeping an eye on a specific star in the northern sky. Then, they would watch the star rise and set and record its arrival and disappearance on a made-up horizon.

They would obtain a north-south line by bisecting the resulting angle. They may have located east and west since they had tools for drawing straight angles. The base had to be precisely squared off next. with the corners perfectly straight angles and all four sides being the same length.

To save time and effort, a rocky outcrop was occasionally employed as the pyramid’s core. The physical pyramid would have been built around the inner chambers and corridors, which would have been created independently. Some of the royal pyramid’s architects appear to have changed their minds about where they wanted the burial chambers to be placed. Then, limestone extracted from the desert plateau would be used to build the interior pyramid. The pyramid was built after the main building was finished by encasing it in blocks of precisely cut and prepared limestone from Tura. For the lower courses, granite has occasionally been used.

The stones that were utilized to construct the pyramids were not little bricks. The size of the bricks in the pyramid varies. The King’s room is home to the largest, though. These particular stones were composed of granite rather than the typical limestone pieces.

It is unknown how exactly the pyramids were raised. The invention of pulleys dates back to the Roman era. But according to the Greek historian Herodotus, the blocks were raised from one level to the next using levers. Another theory contends that teams of workers towed the blocks into place using a ramp. The ramp would have been raised as the pyramid rose in size to allow the workers to access the subsequent levels. The primary issue with this is that the ramp eventually would have grown to be as large as the pyramid itself and extend far into the desert.

At any of the different pyramid sites, there is unquestionably no sign of such a building. Another hypothesis is that the ramp would have circled the pyramid and been taken down once construction was complete.

One of the biggest mysteries of prehistoric human society is how buildings were constructed, which is still a subject of intense discussion.